The development will be located on two bogs within the Boora Bog Group in West Offaly, namely Clongawny and Drinagh bogs.

The two bog areas are generally adjacent to the communities of Cloghan and Five Alley and comprise the townlands of:

Other settlements and towns in the surrounding area include Ferbane to the north, Birr to the south, Kilcormac to the east and Banagher to the west. 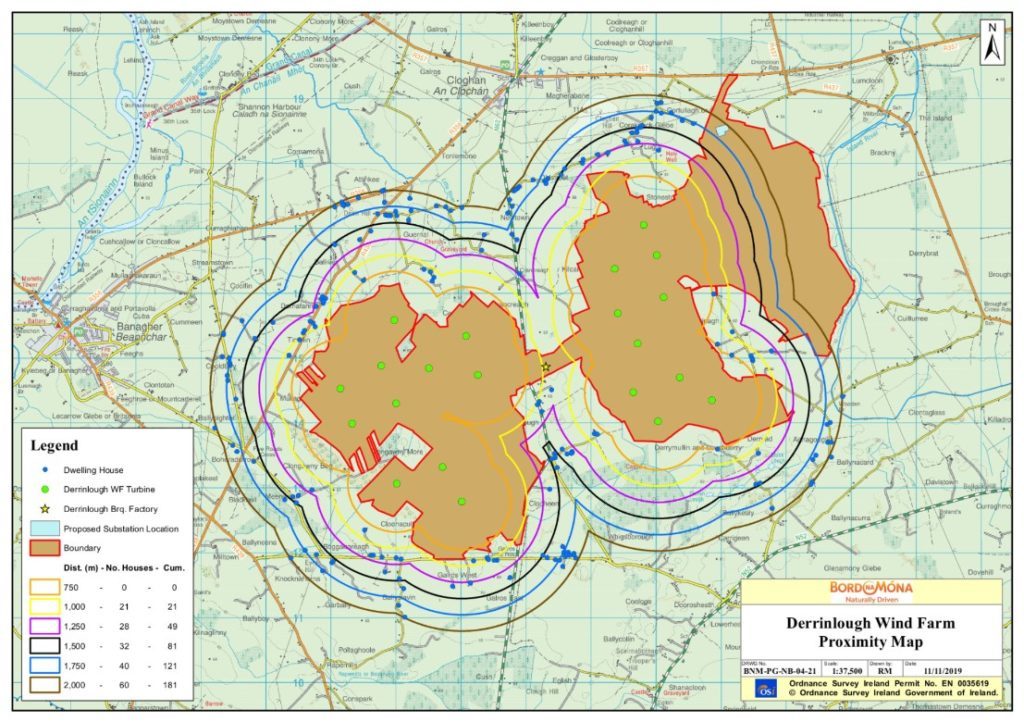